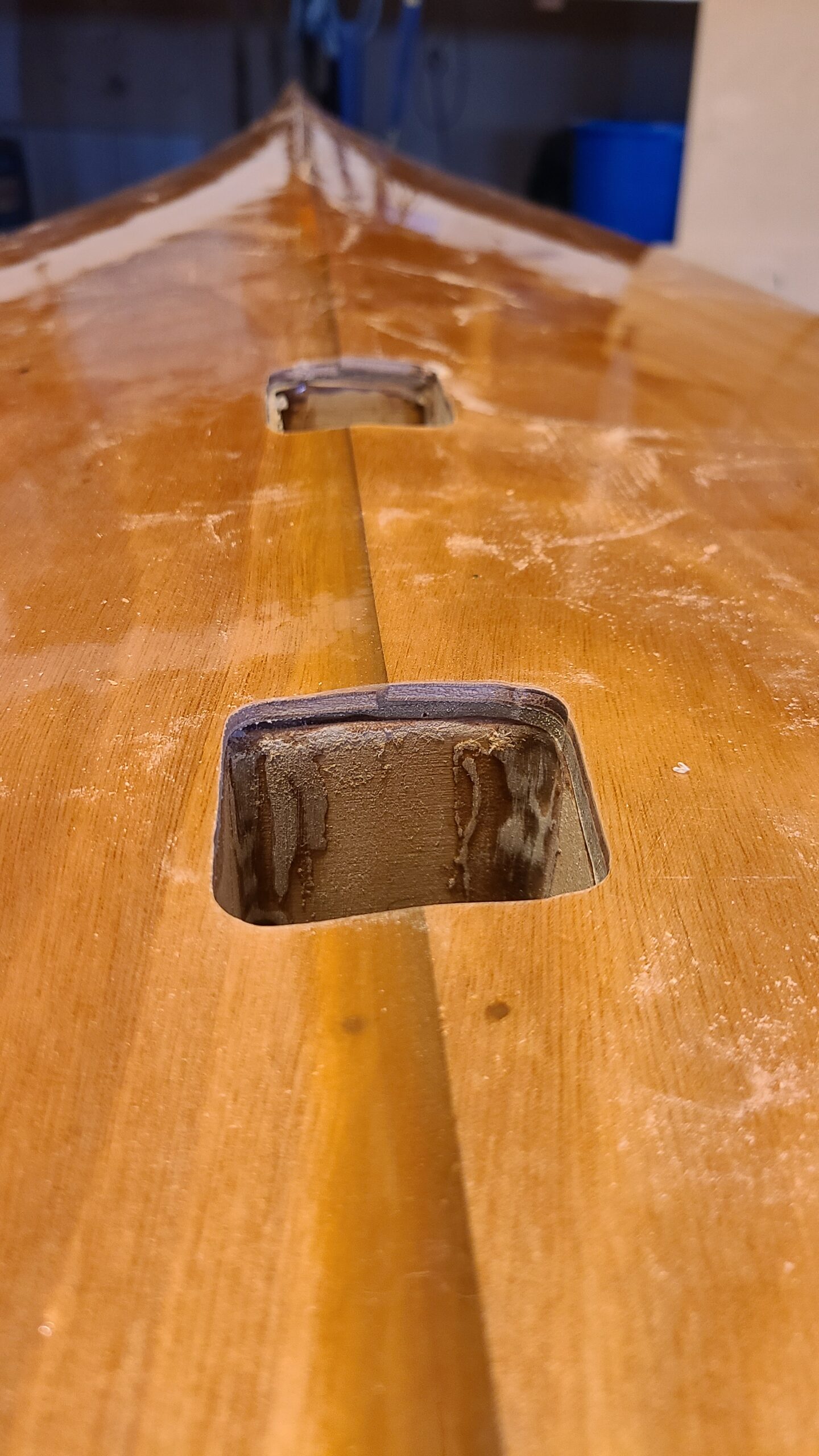 Ok, fiberglassing the interior I thought was gonna be fast and easy. Since looks don’t really matter. Turns out I was wrong as usual.

Basically it felt like as soon as you did one section it would tug a bit on another section and the fillet areas would always end up with air bubbles. Near the end I figured out an easier technique. Its definitely to use a roller to spread the fiberglass around, and than just use your hand to push everything in with the scraper.

A couple of coats later and it was time to get ready to install the frames. I taped off where they would go and lightly sanded them.

Drilled some holes and used a jig saw to roughly cut out where the scuppers go.

Filleted in the frames and when dried used a router to trim out the scupper hole from the hull properly.

I’m not in the process of fiberglassing the frames to the hull.