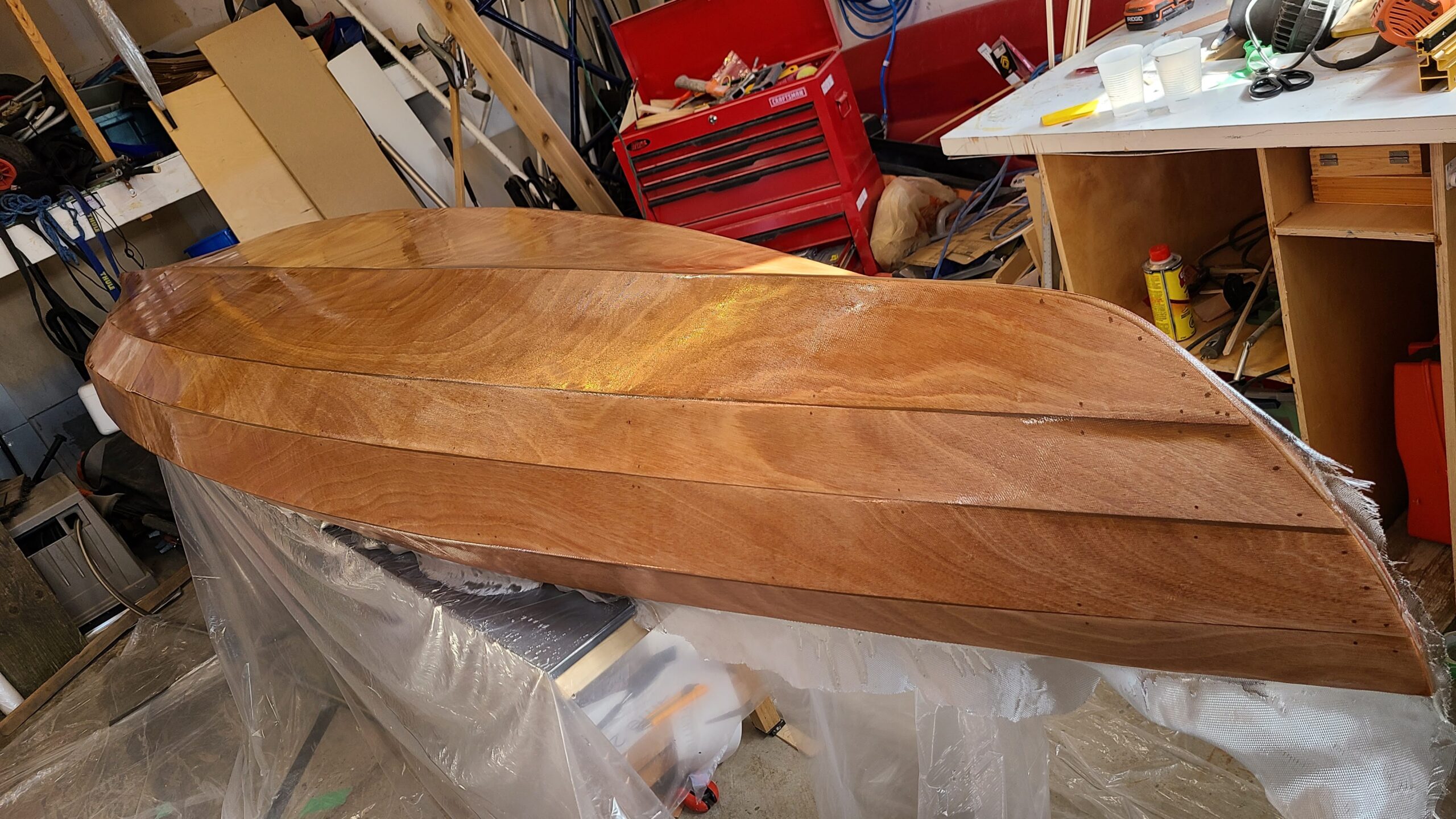 First time fiberglassing. There seemed to be two methods. The CLC method of doing sections at a time and Nick Schade’s method of saturating the fiberglass everywhere and coming back to squeeze out the excess.

I had estimated this step would take a bit over an hour based in Nick Schade’s video.

Well, the Sabalo is a lot harder to glass than whats in the videos. For example the Shearwater in the CLC video is a single chine kayak. Its very easy to squeegee out the epoxy. Similarly the Boot Legger in Nicks video are strip kayaks with a smooth hull. Both of these hulls pretty much end in a 90 degree.

The Sabalo when upside down has an inverse incline. Meaning your going beyond 90 degrees. It means a lot of epoxy wants to drip off before getting to panel A. Panel A was a pain to Epoxy.

The Sabalo also is multi-chined. Every one of those chines is actually a bit difficult to drag your squeegee over and not leave a streak.

There’s a few spots along the edge of panel A where the fiberglass pulled off and didn’t bond well. I think that’ll be ok as there will be fiberglass tape when the deck parts are bonded on.

I also need to add a 6oz strip at the bow, and the stern was not done either.

Another note, the fiberglass role I had barely covered the width of the Sabalo. So turning it on a 45 degree did not seem possible. I’ll have to think about this one a bit. Maybe I was just too nervous to get it right.

The Raka epoxy was easy to put on and is really thin. 4 coats seems to be what it will need. I’m 3 in as of writing this and there’s just a few spots where a bit of weave is showing. The garage is really dusty despite my best efforts to clean it.

Also for the fill coats, the method of pouring, using a roller to spread and than tipping with a brush seemed to work best for me. Brushing on seemed to take forever and I was getting runs and having trouble brushing on the correct amount of epoxy, and again that Panel A was really hard to reach.